You are here: Home / Archives for Garage and Garden 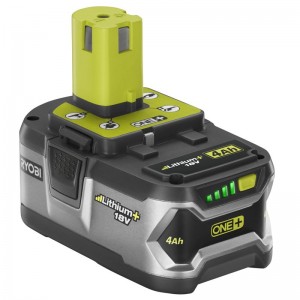 The battery pack can overheat and burst while on a charger, posing fire and burn hazards to consumers.

One World Technologies, at (800) 597-9624 from 8 a.m. to 5 p.m. ET Monday through Friday, ET or online at www.ryobitools.com and click on Important Safety Information at the bottom of the page for more information. 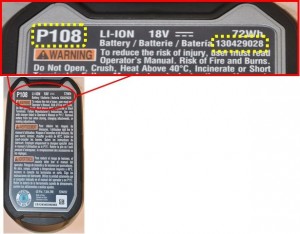 One World Technologies has received four reports of battery packs overheating, resulting in minor property damage. No injuries have been reported.

Consumers should immediately remove the battery from the charger, stop using the recalled battery pack and contact One World Technologies for instructions on the free shipping and repair of the recalled product.

The Home Depot stores nationwide and in Canada, online at Homedepot.com, and at other retailers from September 2012 to December 2012 for about $99. 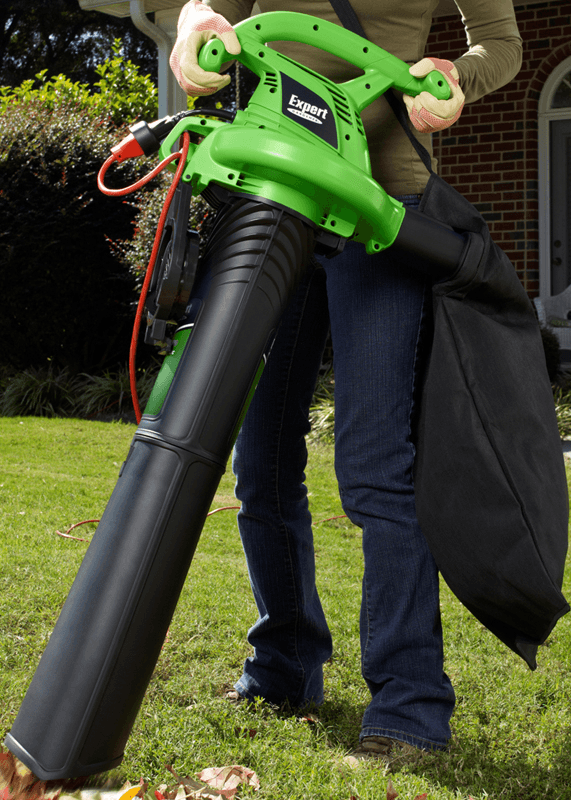 Objects that are drawn into the unit during vacuum mode can break through the plastic housing, posing a laceration hazard.

Consumer Contact:OWT Industries Inc.; at (800) 597-9624 from 8 a.m. to 5 p.m. ET Monday through Friday, or online at www.expertgardenertools.com and click on Safety Notices for more information.

There has beenone report of an incident with the recalled blower vacuums.  No injuries have been reported.

Walmart stores nationwide and online at www.walmart.com from January 2012 through December 2012 for about $40. 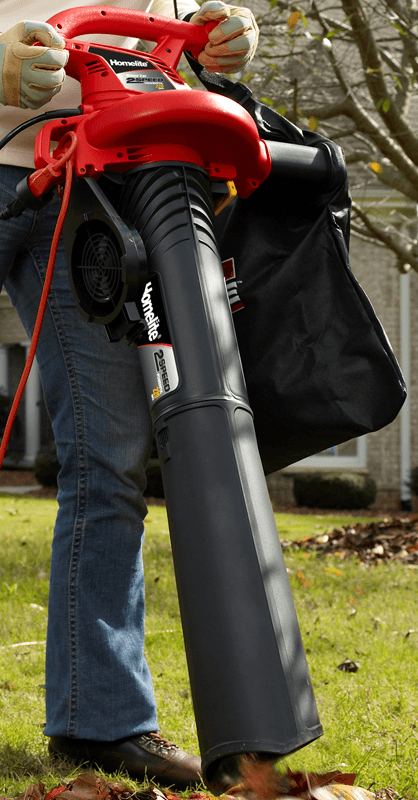 Objects that are drawn into the unit during vacuum mode can break through the plastic housing, posing a laceration hazard.

Homelite Consumer Products;  at (800) 597-9624 from 8 a.m. to 5 p.m. ET Monday through Friday, or online at www.homelite.com and click on Safety Notices for more information.

Homelite receivedone report of an incident with the recalled blower vacuums.  No injuries have been reported.

Home Depot stores nationwide and online at www.homedepot.com from February 2012 through December 2012 for about $40.

Here’s a reminder from the Consumer Product Safety Commission:

The U.S. Consumer Product Safety Commission (CPSC) is charged with protecting the public from unreasonable risks of injury or death associated with the use of the thousands of consumer products under the agency’s jurisdiction. Deaths, injuries, and property damage from consumer product incidents cost the nation more than $900 billion annually. CPSC is committed to protecting consumers and families from products that pose a fire, electrical, chemical, or mechanical hazard. CPSC’s work to ensure the safety of consumer products – such as toys, cribs, power tools, cigarette lighters and household chemicals – contributed to a decline in the rate of deaths and injuries associated with consumer products over the past 30 years.

With winter weather upon us, you may be hauling out products recalled by the U.S. Consumer Product Safety Commission (CPSC) last summer. Play it safe by checking if your cold weather-related products have been previously recalled. It could save your life or that of your family. You can find out about these and other recalled winter products at www.SaferProducts.gov

Hazard: The black trigger switch on the 19.2v cordless drill can overheat, posing a fire and burn hazard to consumers.

Consumer Contact: Harbor Freight Tools; toll-free at (800) 444-3353, from 8 a.m. to 4:30 p.m. PT Monday through Friday, or www.harborfreight.com and click on Recall Safety Information under Customer Service for more information. Consumers can also email the firm at recall@harborfreight.com

This recall involves Harbor Freight Tools Cordless Drills, model number 96526. The drills are blue and black and have a black trigger switch. They have a 19.2v rechargeable battery pack. The drill’s model number is located on a yellow label on the left side of the drill. “Made in China” appears in black and red lettering on a yellow warning sticker located on the right side of the unit.

Harbor Freight Tools has received one report of a drill overheating and burning through the handle of the unit, which resulted in a consumer receiving a minor injury.

Harbor Freight Tools stores nationwide, via catalog and online at www.harborfreight.com from April, 2008 through May 2012 for between $27 and $30. 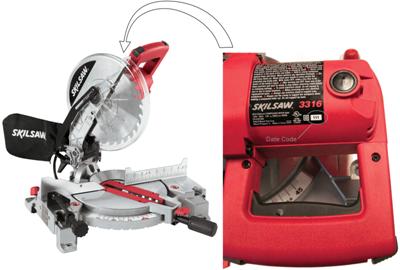 Hazard: The lower guard can break and contact the blade during use, posing a laceration hazard to users.

Incidents/Injuries: The firm has received no reports of incidents or injuries.

Description: The recalled product is the SkilSaw® 10-inch compound miter saw, with model number 3316 and date codes 111, 112, 201, 202, 203 or 204. The model number and date code are on the lower right side of the name plate located on the motor housing. The SkilSaw logo appears at the top of the upper blade guard and on the dust collection bag.

Sold at: Lowe’s Home Centers nationwide and OC Tanner from January 2012 to April 2012. 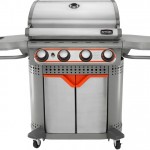 Hazard: The regulator on the grill can leak propane gas, which can ignite, posing fire and burn hazard to consumers.

Incidents/Injuries: The firm is aware of 569 reports of regulators leaking propane gas. No injuries have been reported.

Description: This recall involves STOK Island and STOK Quattro gas grills. The STOK Island has a round grill base and two burners. “STOK” is written on the grill cover and a label on the bottom of the grill stand. The STOK Quattro gas grill is a rectangular, four-burner grill. “STOK” is printed on the grill’s lid. To identify whether a specific Island or Quattro grill is included in this recall, you will need to look at the grill’s regulator. The recalled grills have regulators on them with the model number “AZF” on the front and a date code between 1046 and 1143 on the back of the regulator.

Remedy: Consumers should immediately stop using the recalled grills and contact One World Technologies for a free replacement gas regulator for the grill.

Consumer Contact: For additional information, please contact One World Technologies toll-free at (800) 867-9624 between 8 a.m. through 5 p.m. ET Monday through Friday, or visit the firm’s website at www.stokgrills.com 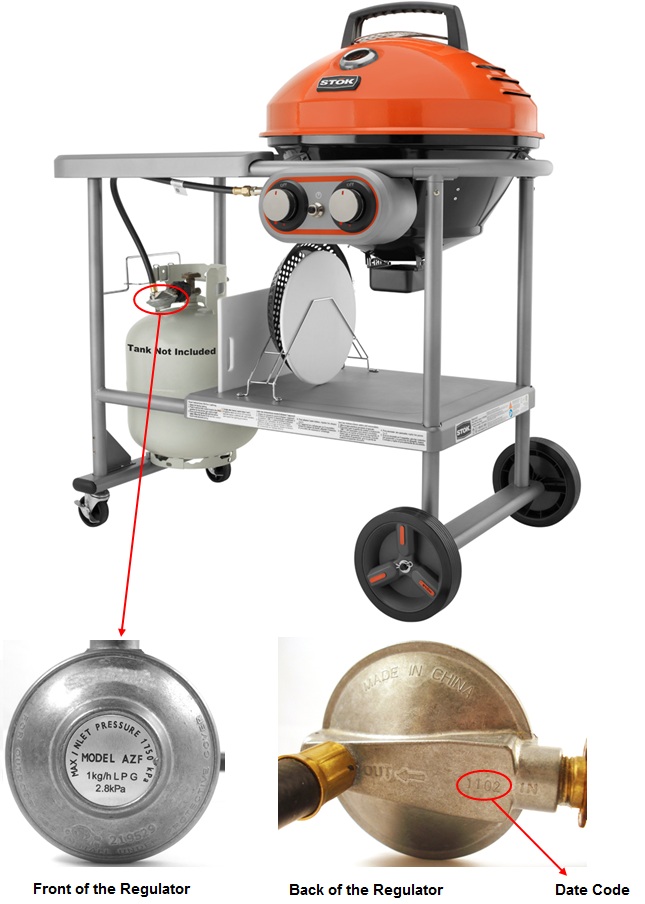 Hazard: Fuel can leak from the rubber spacer holding the fuel lines in the fuel tank, posing a fire hazard.

Incidents/Injuries: Husqvarna has received seven reports of fuel leaking. No injuries have been reported.

Remedy: Consumers should immediately stop using the recalled products and return them to the place of purchase for a free repair.

The U.S. Consumer Product Safety Commission (CPSC) announced today that Black & Decker Inc. has agreed to pay a civil penalty of $960,000. The penalty agreement has been provisionally accepted by the Commission (5-0).

The settlement resolves CPSC staff’s allegations that Black & Decker knowingly failed to report several safety defects and hazards with the Grasshog XP immediately to CPSC, as required by federal law. CPSC staff also alleges the firm withheld information requested by CPSC staff during the course of the investigation.

Federal law requires manufacturers, distributors and retailers to report to CPSC immediately (within 24 hours) after obtaining information reasonably supporting the conclusion that a product contains a defect which could create a substantial product hazard, creates an unreasonable risk of serious injury or death, or fails to comply with any consumer product safety rule or any other rule, regulation, standard or ban enforced by CPSC.

CPSC staff alleges Black & Decker knew, on or before May 2006, that the high-powered, electric Grasshog XP GH1000 was defective and could cause harm, but failed to report this to CPSC.

In July 2007, Black & Decker and CPSC announced the recall of about 200,000 Grasshog XP model GH1000 trimmer/edgers. By that time, there were more than 700 reports of incidents, including 58 injuries with the Grasshog XP. The trimmer/edgers’s spool, spool cap and pieces of trimmer string can come loose during use and become projectiles. This poses a serious laceration hazard to the user and to bystanders. The trimmer/edgers also can overheat and burn consumers. Black & Decker sold the Grasshog XP weed trimmers from November 2005 through spring 2007 for about $70.

The recall was reannounced in August 2009 with an additional 100 injuries reported. CPSC urges consumers with recalled Grasshog XP trimmer/edgers to contact Black & Decker for a free repair kit.

In agreeing to the settlement, Black & Decker (U.S.) Inc. denies CPSC staff allegations that it knowingly violated the law.

The U.S. Consumer Product Safety Commission (CPSC) urges consumers to check their grills and “fire it up safely” to prevent fires and carbon monoxide poisoning.

Before lighting the grill, do a safety check.

Has your grill been recalled? Check SaferProducts.gov. If the grill has been recalled, contact the manufacturer and stop using it until you get a repair or replacement.

Visually inspect the hoses on a gas grill for cracking, brittleness, holes and leaks. Make sure there are no sharp bends in the hose or tubing and that all connections are secure. Replace if necessary.

Check for propane gas leaks. Open the gas supply valve fully and apply a soapy solution with a brush at the connection point. If bubbles appear, there is a leak. Try tightening the tank connection. If that does not stop the leak, close the gas valve and have the grill repaired by a qualified professional.

Is the grill clean? Regularly cleaning the grill, as described in the owner’s manual, and also cleaning the grease trap, will reduce the risk of flare-ups and grease fires.

Once the safety check is complete, make sure to operate the grill as safely as possible.

Never leave a grill unattended. If a flare-up occurs, adjust the controls on the gas grill or spread out the coals on a charcoal grill to lower the temperature. If a grease fire occurs, turn off the gas grill and use baking soda and or a kitchen fire extinguisher to put out the fire.

Keep the grill hoses as far away as possible from hot surfaces and dripping hot grease.

Keep children away from the grill area. The outside surface of a grill can get hot and burn when touched.