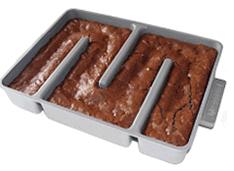 Does it have to be electric to qualify as an appliance?

I don’t know and I don’t care. I tell my daughters to bake my brownies for 2 weeks because I can’t get enough crunch.

Here’s the description from Cooking for Engineers that BB cribbed: