You are here: Home / Features / Is Steam the Thing? – Steam Mops 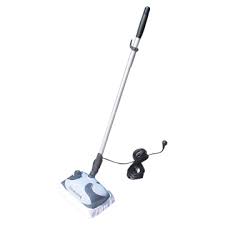