You are here: Home / Archives for Vacuum Cleaners

Do you know how a vacuum is made? Pull up a chair and learn about it the way your 5 year old would.

Did you ever get tired of dragging your old canister vacuum around the house? Well maybe what you need is a central vacuum. A central vacuum is to your handheld what a central air conditioner is to your old window air conditioner. You install a big suction motor and dust canister in your garage. Then add a series of tubes/pipes through your walls into each room. Each room gets an outlet with a suction cap. When you are ready to clean, you bring the vacuum head and attached tube into a room, snap it into the vacuums wall jack and suck it up. Take a look at this video to get a handle on what it looks like:

The impatient can order the winner. Seems like the only benefit of the conclusive loser is that you can get it in designer colors.

Consumer Reports tells us “the nameplate doesn’t always indicate who makes your fridge, oven, or washer”.

Our recent tests of refrigerators included more than 70 models from 20 brands.

That’s a lot of companies, until you play appliance detective and discover that the $20 billion annual market for refrigerators, ovens, washers, and other major home appliances isn’t such a vast place after all. That activity turns out to be a bit like playing Six Degrees of Kevin Bacon, though instead of the well-connected actor popping up repeatedly, a few mammoth manufacturers and brands do.

Got pen and paper ready? We haven’t covered every manufacturer, but this rundown will give you a good idea about who actually makes all those appliances. It’s also worth noting that the manufacturing arrangements change all the time.

The Whirlpool Corporation, based in Benton Harbor, Mich., makes Whirlpool, KitchenAid, and Gladiator products. The company accounts for about 17 percent of major appliance sales in the U.S., following closely behind the General Electric brand (17.8 percent) and the Sears Kenmore brand (22.2 percent). Over the years, the Whirlpool company has gobbled up Admiral, Amana, Jenn-Air, Magic Chef, and Maytag, and makes appliances for Ikea (ovens, ranges, cooktops, microwaves, refrigerators, freezers, and dishwashers) and Kenmore (some of the brand’s refrigerators, dishwashers, washers, and dryers). Gladiator and KitchenAid are two “Whirlpool bred” brands.

General Electric is well known for a vast array of products–lightbulbs, jet engines for military planes, and “The Today Show.” But this corporate colossus, based in Fairfield, Conn., also makes appliances under the GE, GE Monogram, GE Profile, and Hotpoint brands.

Across the Atlantic, BSH Home Appliances is a leading purveyor of high-end appliances. This German company brings you upscale kitchen and laundry appliances under the brand names Bosch, Gaggenau, Siemens, and Thermador.

Elsewhere in Europe, you might think of Electrolux as the onetime producer of those old, quirky-looking canister vacuums. But this Swedish manufacturer has also brought you refrigerators, freezers, washers, and more under its own nameplate and brands like Frigidaire, Gibson, Kelvinator, Tappan, and White Westinghouse. Proving the Kevin Bacon theory, Electrolux is also connected to Sears: It makes Kenmore dishwashers and high-end Kenmore Pro appliances.

Viking sounds Scandinavian, too, but the company, known for its pro-style ranges and built-in refrigerators, is actually based in Greenwood, Miss. It’s a small world after all: Sweden’s Asko company currently makes some of Viking’s dishwashers. Viking does manufacture its other appliances (and by the end of 2007 will make its own dishwashers), except for a freestanding refrigerator that’s made by Amana and undercounter fridges from Marvel. Got all that? 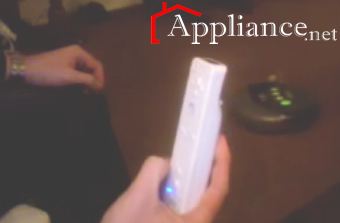 Another great American brand bites the Dust. Hoover got Sucked up by Chinese conglomerate Techtronic Industries (TTI) of Hong Kong.

Whirlpool washed its hands of its floor care products today and dumped the Hoover brand along with all of its assets to TTI. TTI already controls the Dirt Devil brand and is well on its way to being the major floor care brand. As more American brands outsource all of their manufacturing to China, its a short step to selling the brand outright to the factory.

HONG KONG, Jan. 31 /Xinhua-PRNewswire-FirstCall/ — Techtronic Industries Co. Ltd. today announced that it will complete its acquisition of the Hoover floor care business from Whirlpool Corporation (“Whirlpool”) when the transaction closes on 31st January, 2007 (U.S. Eastern Standard Time) pursuant to the terms of the definitive purchase agreement announced 7th December, 2006. TTI is combining Hoover with its existing Dirt Devil and Royal operations in Glenwillow, Ohio, U.S. to create TTI Floor Care, the largest floor care business in North America. Mr. Chris Gurreri will become president of TTI Floor Care, North America.
Under the agreement, TTI will purchase all of the assets of Hoover for US$107 million in cash. The purchase will be financed through TTI internal resources and existing lines of credit.
TTI noted that all appropriate regulatory reviews have been completed at both the federal and state levels. The applicable waiting period under the Hart-Scott-Rodino Antitrust Improvements Act of 1976, as amended, has expired. The State of Ohio also completed its review of the transaction.
As part of the sale:
— TTI will assume certain liabilities of Hoover, including accounts payable as well as accruals and long-term post-retirement medical and life insurance benefits for transferred bargaining-unit employees.
— Whirlpool will retain the liabilities associated with pension and post-retirement benefit plans for currently retired Hoover employees and those who retire prior to the final closing date.
— TTI Floor Care will assume in full the existing union contract that covers approximately 800 hourly workers at Hoover’s North Canton, Ohio, manufacturing facility and nearby distribution center. The contract runs through June 2008.
— TTI Floor Care will assess all operations of Dirt Devil and Hoover, beginning immediately, to determine its specific manufacturing and distribution strategies.
— Through an agreement reached with the State of Ohio’s Department of Development, TTI Floor Care will establish its North American floor care headquarters in Glenwillow and will build a new global floor care product research and development center there. The new global R&D center will house product design and engineering associates, including the addition of approximately 110 new jobs over the next three years.
“We intend to develop innovative products that enable us to become a market leader in every floor care category,” Gurreri said. “Between TTI, Dirt Devil and Hoover, we now have under one roof a passion for floor care as well as financial and intellectual resources, design and marketing skills, a commitment to product innovation, highly recognized brands, and established retail distribution and supply chain expertise. It is truly an energizing moment and one that is full of opportunity.

Consumers and retailers alike can look forward to exciting developments from our flagship brands — Dirt Devil and Hoover. The combined operations also create a strong commercial floor care business featuring the Royal and Hoover brands.”
Mr. Joseph Galli Jr., Chief Executive Officer of Techtronic Appliances Holdings Co. Ltd., TTI’s global floor care and appliances division, concluded, “This acquisition is an important step in building a global leadership position in floor care. We are pleased to have the support of the State of Ohio as we implement our plans for the combined operations.
With nearly 100 years of quality and innovation, the Hoover name is synonymous with floor care and is one of the most recognized brands in the world. The addition of Hoover to our existing floor care businesses allows us to invest much more significantly in research and development, new product innovation and marketing.” 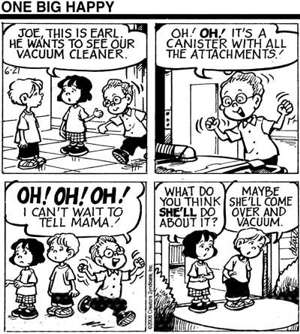 Here are a few thoughts about vacuum cleaners. I think the basic differences are between the uprights and the canister types. I’ll admit right here that I prefer the canisters. I grew up with the old Hoover Constellation that came out in the 1950’s. The world was getting excited about space travel and that excitement was showing up in people’s homes. The Constellation was advertised to “float on air.” I remember my mother getting her new upright in the ’70s and how heavy it was. So much has changed. If you are interested in vacuums and their history, you can visit www.137.com , which has a cyber museum with a variety of pictures and information.

Uprights seem to be most practical for wall-to-wall carpeting. There are many now that come with attachments, but I find them awkward to use. The wands are stiff and usually too short. Canister vacuums are more versatile. They are perfect for hardwood and other hard flooring as well as carpeted rooms. They are generally lightweight and easy to maneuver which is important in a two story house. Stairs are often carpeted and if you don’t want to buy two vacuums, you’ll be carrying that baby up and down more than you want to think about. Depending on the model, canisters have four or five attachments to use on an arm of adjustable lengths.

When I got married we were given a small Eureka canister called the “Mighty Mite”. It was satisfactory and gave us no trouble until the day, twelve years later, it completely gave out. I shopped around a bit and decided on the Miele White Star. We have had it for about five years now with no trouble at all. I like the variety of heads it comes with to accommodate any flooring or fabric. One of it’s best features is the infinitely adjustable suction that prevents curtains and other light fabric from being sucked up.

We don’t have allergy problems, but I still appreciate the fact that Miele offers a variety of filters for this model, although some come at additional cost. I discovered that the bags are not available at discount stores like Target, they must be purchased at vacuum stores that specialize in Miele products and are a bit pricey. I believe Miele is discontinuing this model soon, but they are sure to be coming out with a similar one. The newer one will likely have more standard features and be a bit more expensive. That just seems to be the way it goes.

I haven’t tried all the brands available out there, but it seems to me that a vacuum is a fairly straightforward machine and that leaves the consumer deciding on a brand or model for it’s ease of use. If anyone has an opinion they’d like to share about performance, service, or their experience with a particular vacuum, we’d love to hear about it.