WASHINGTON, D.C. – In an effort to reduce the rising death toll from carbon monoxide poisoning associated with consumer use of portable generators, the U.S. Consumer Product Safety Commission (CPSC) voted unanimously (2-0) to issue a notice of proposed rulemaking (NPR).

The proposed standard would require manufacturers to place a new warning label on portable generators.

The label includes pictograms and statements warning consumers that a generator’s exhaust contains poisonous carbon monoxide and that a generator should NEVER be used inside the home or in partially enclosed areas such as garages. 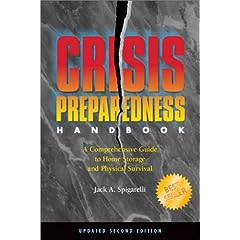 CPSC has reports of 64 people who died last year from carbon monoxide poisoning associated with portable generators. Many of the deaths occurred after hurricanes and major storms.

Later this year, CPSC staff will be providing the Commission with information on other potential regulatory and non-regulatory options to reduce deaths and injuries caused by carbon monoxide poisoning from generators.

The public has 75 days to comment to the Commission about the NPR. Comments can be submitted to CPSC’s Office of the Secretary at tstevenson@cpsc.gov

Today I am voting to publish for comment a Notice of Proposed Rulemaking (NPR) that would require all portable generators sold to consumers in the United States bear a specific warning label. The purpose of the proposed rule is to better warn consumers about the very real danger of carbon monoxide (CO) poisoning posed by the use of a portable generator in or near a home.

In addition to the proposed warning label requirement, I anticipate that the Commission will soon receive a staff package outlining other regulatory options the Commission might consider regarding portable generators. I look forward to receiving that package as well as the public’s comments on this NPR, and to continuing to work with all of our stakeholders on this important issue.

In the six year period from 2000 through 2005, CPSC staff is aware of at least 222 deaths related to carbon monoxide (CO) poisoning associated with portable generators. Far too many of the deaths associated with the use of portable generators predictably occur following severe weather events that typically cause power outages. Consumers, unknowingly, expose themselves and others to lethal CO gas while using the portable generator as a substitute power source often during times of high stress and anxiety.
… 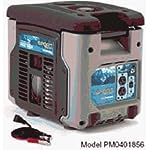 As mentioned above, our staff is conducting a thorough review of the existing portable generator safety measures. While improvements to warnings are important, warning labels, by themselves, may be insufficient as a sole means of addressing the CO poisoning hazard. From our experience, we know that simple awareness of a possible hazard will not in every instance dissuade a consumer from behavior that leads to exposure to the hazard. Therefore, in the very near future, our staff will be providing to the Commission a briefing package that will contain a comprehensive discussion on additional regulatory and non-regulatory alternatives which could be used to further reduce CO related deaths and injuries associated with the use of portable generators.

To see the full release on CPSC’s Web site, including a picture of the proposed warning label, please go to: http://www.cpsc.gov/cpscpub/prerel/prhtml06/06239.html